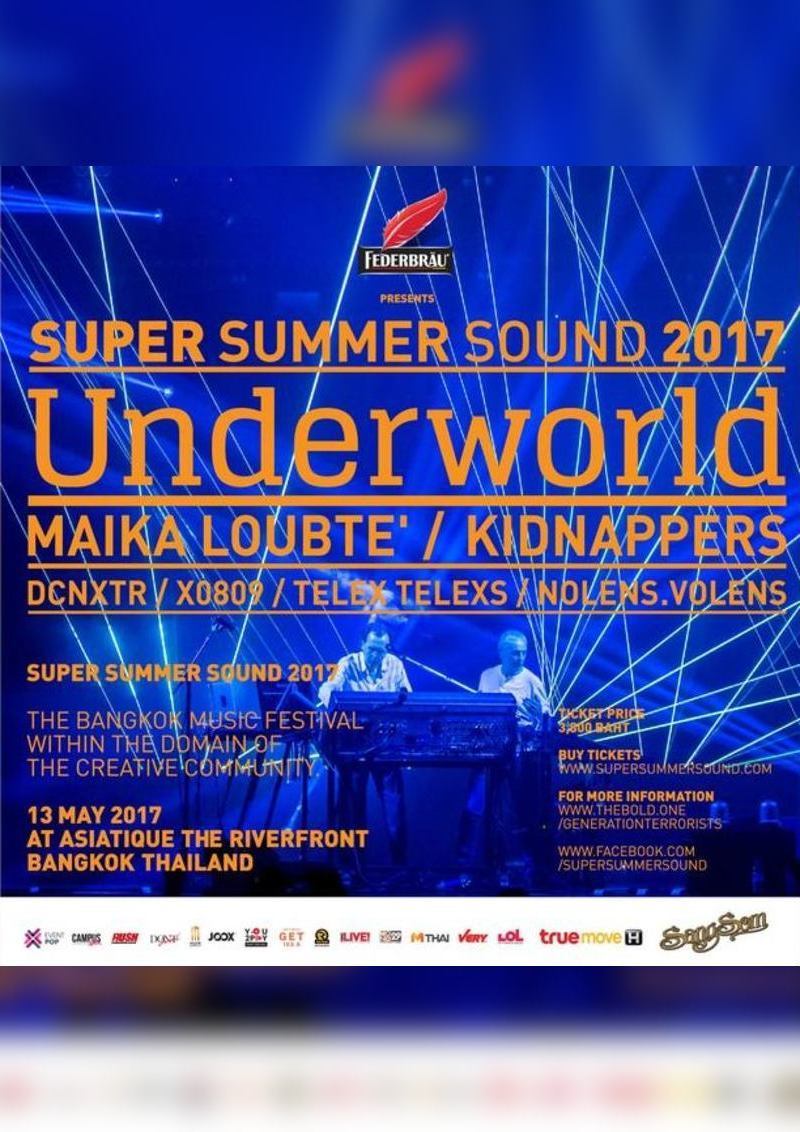 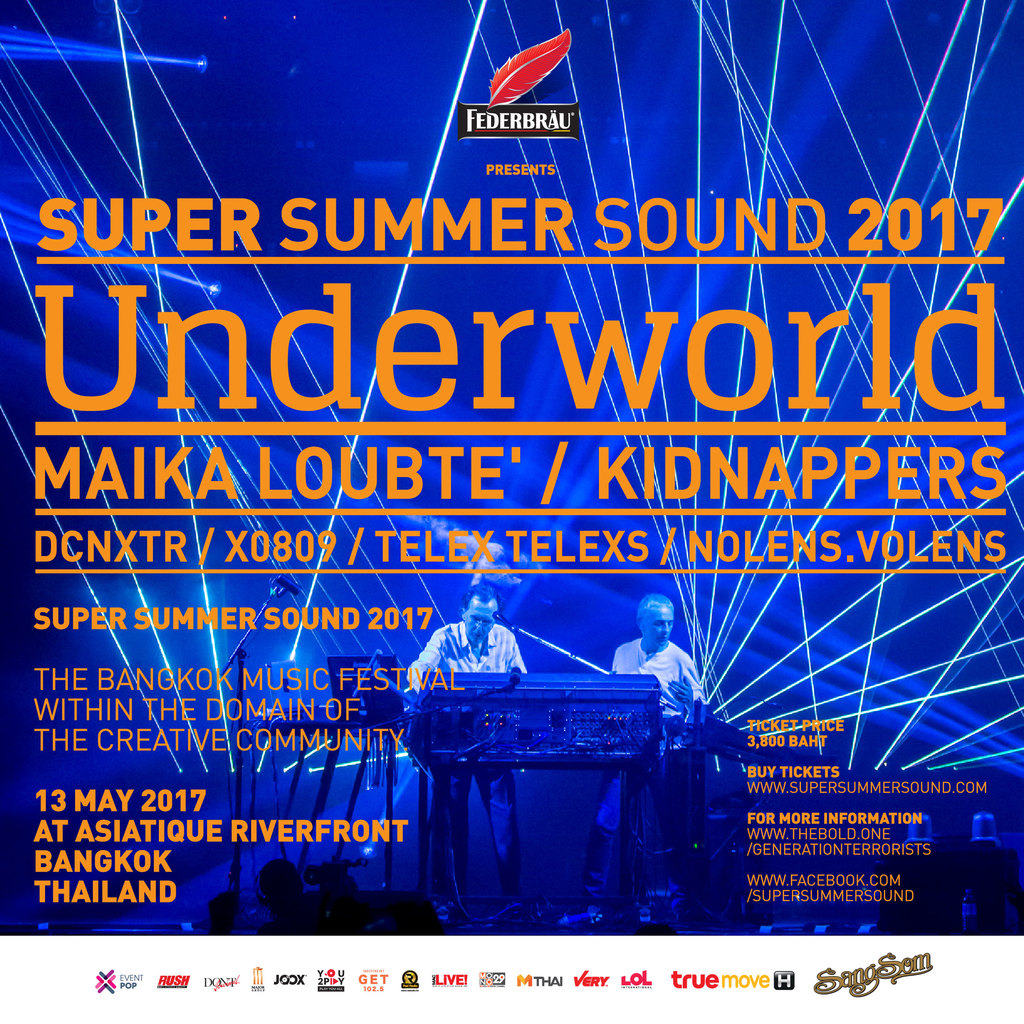 The international music festival to be hosted in the heart of Bangkok right next to Chao Phraya riverfront at  Asiatique The Riverfront -- “Super Summer Sound 2017”  which will be organized for the first time ever as a one day outdoor event on Saturday May 13th, 2017 from 4pm until midnight with the founder Duangrit Bunnag, renowned architect and the owner of The Jam Factory, the domain of the creative community.Duangrit has a passion in art and music and has travelled to experience world-class music festivals, which inspired Duangrit to host a homegrown music festival with world-class quality and that has culminated in this Super Summer Sound 2017.

Super Summer Sound 2017 will be focused on the electronica genre, bringing together a great lineup of electronica artists in the spotlight both locally and internationally, headlined by the acclaimed and highly anticipated electronic band Underworld. Hailing from England,Underworld  are pioneers of Techno, Progressive House, Breakbeat, Progressive Trance and Alternative Dance music. Underworld is well known for exciting and breathtaking live shows with superb lighting, sounds, and visual graphics. This will be their first time visiting Thailand,

Underworld are one of the most pioneering and influential electronic acts in the world.
Their music has transcended club dancefloors and provided soundtracks to everything from iconic movies (Trainspotting, Sunshine), theatre to the London 2012 Opening Ceremony, where Rick from the band was musical director.

In 2016, Underworld’s seventh album Barbara Barbara, we face a shining future was released to critical acclaim. It saw the band play headline performances at Coachella, Glastonbury and Summer Sonic and receive their first Grammy nomination.

2017 Underworld are Coming to Bangkok for Super Summer Sound 2017., This will be their first time visiting Thailand

There will be a range of activities from people passionate about  electronic music hosting booths to educate and entertain from the beginning until the end of the night. Moreover, a “Creative Village” area will be set up for artists and designers to craft and trade memorabilia from Super Summer Sound 2017 as well. All  kinds of creative products will come together. the event will start at 4:00pm until midnight at Asiatique The Riverfront, Bangkok. 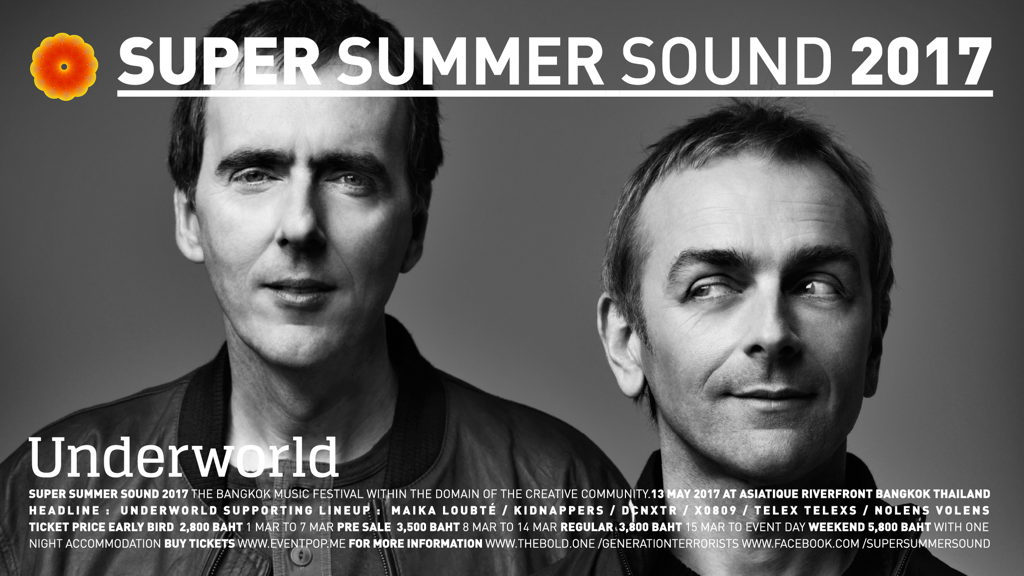 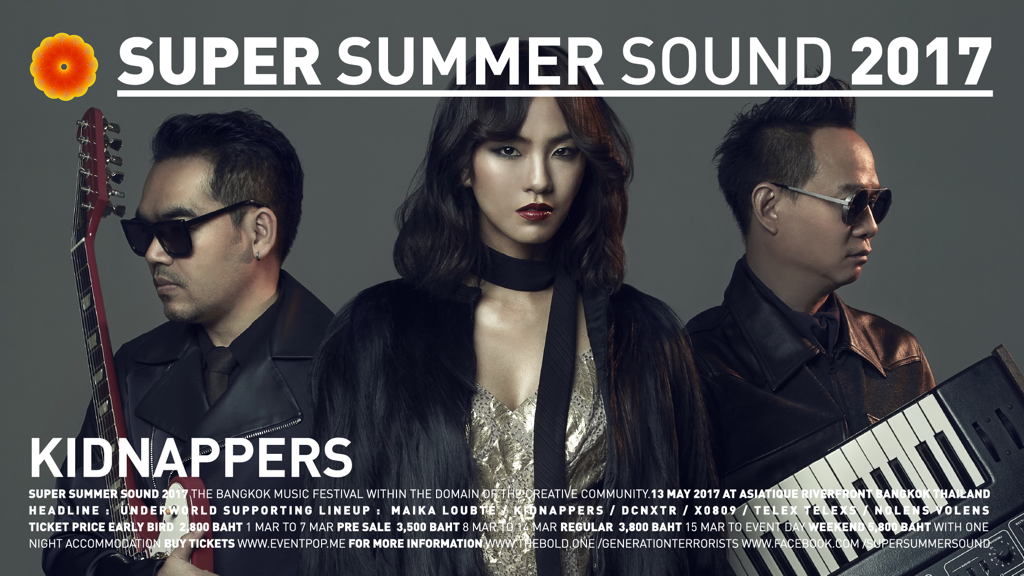 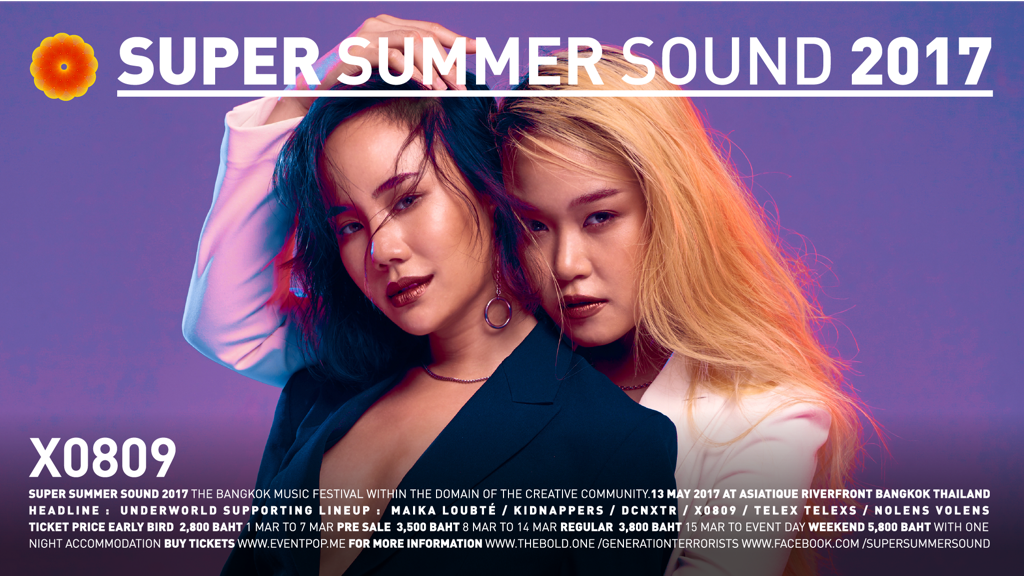 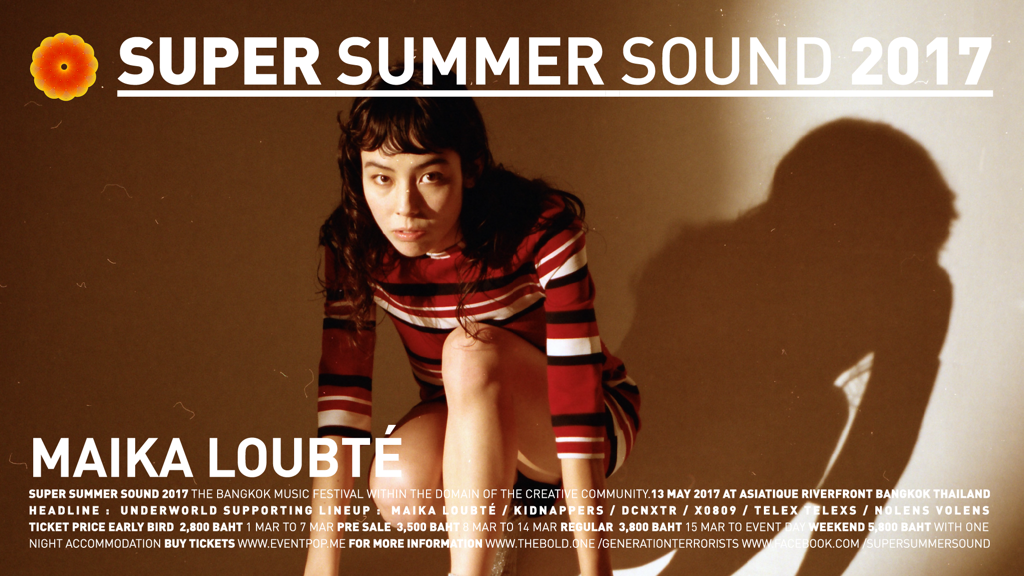 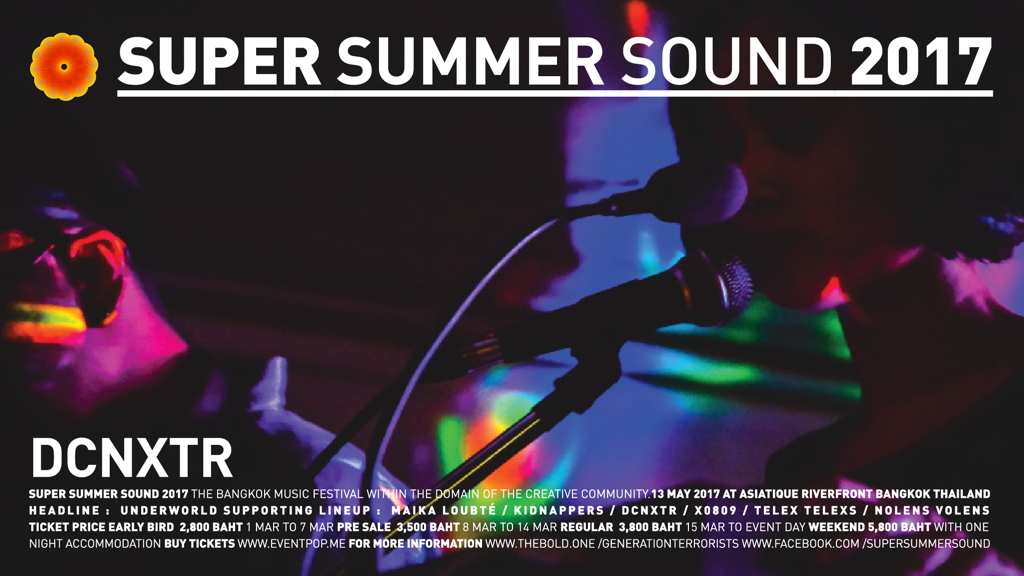 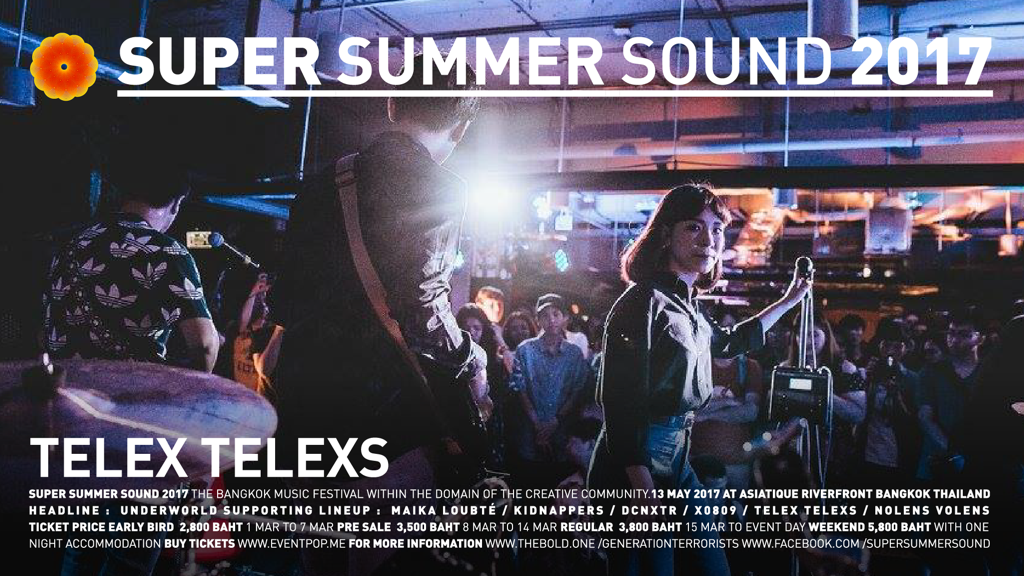 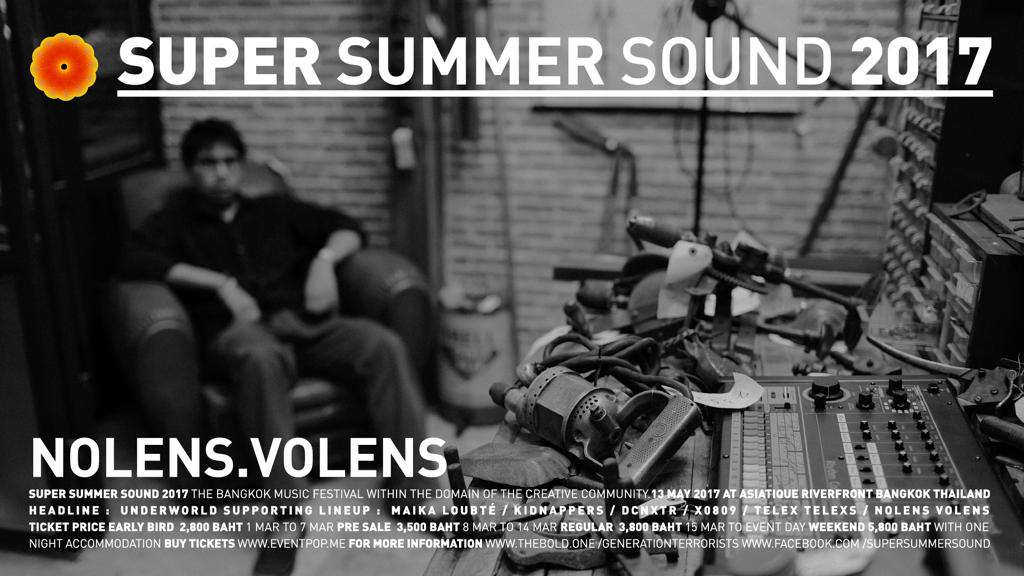 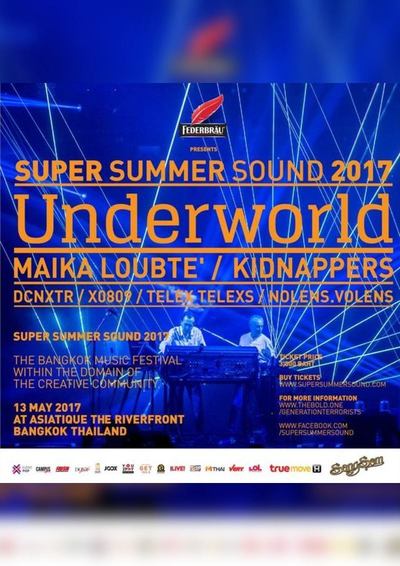