Event OverviewWe are bringing together the brightest minds in the industry to discuss the future of blockchain this December 4th in Bangkok, Thailand at the 5 Star Grand Hyatt Erawan Grand Ballroom.Our Attendees

Our team is composed of blockchain investors and ICO advisors who are experienced in arranging tech and marketing conferences around the world. 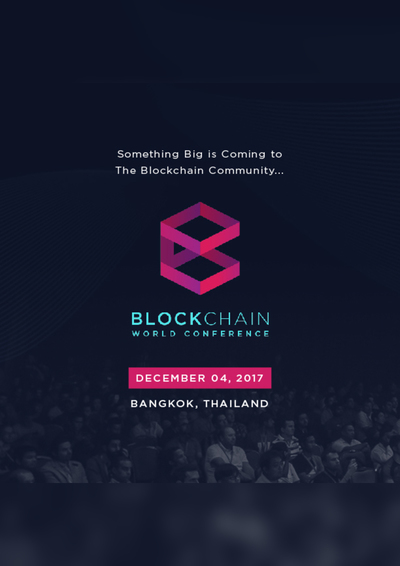 Something Big is Coming to the Blockchain Community! A centralized place to discuss decentralization. Join us for one day at Blockchain World Conference this December in Bangkok, Thailand for the opportunity to meet and network with industry leaders, developers, investors, and enthusiasts. We are proud to provide an international and diverse lineup of panel and keynote speakers excited to discuss a wealth of knowledge on a wide range of blockchain related topics. More details coming soon!