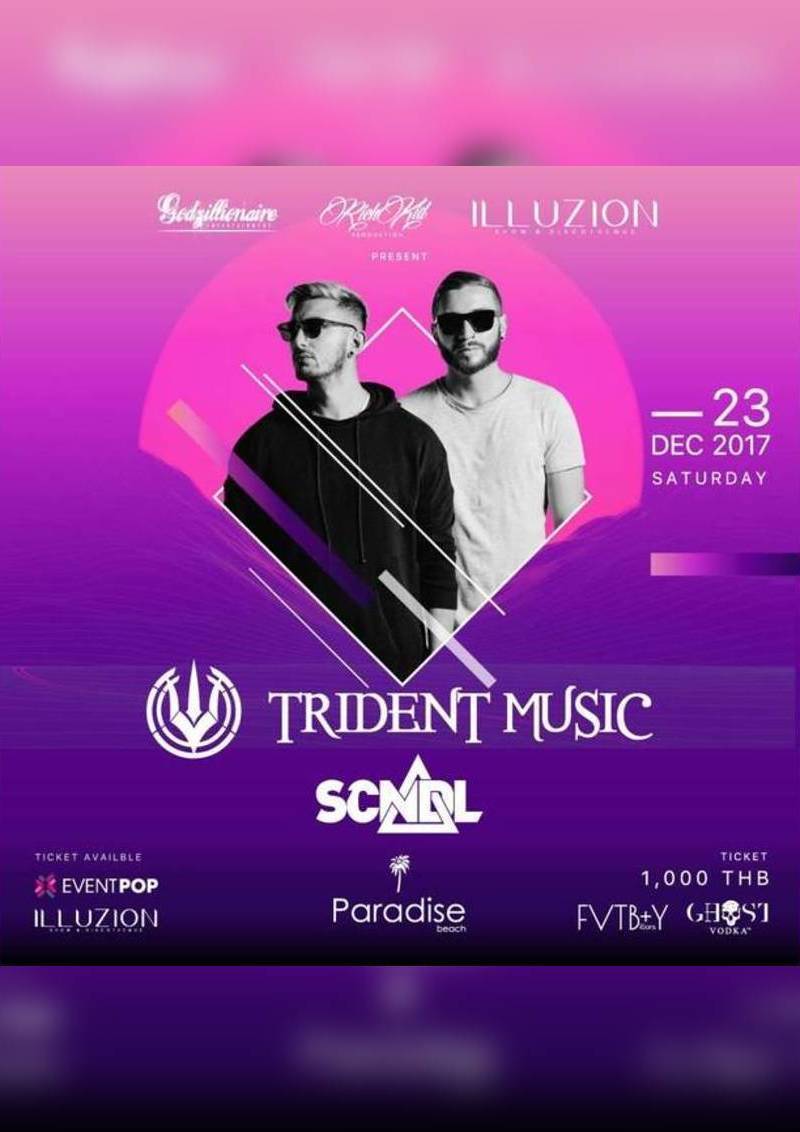 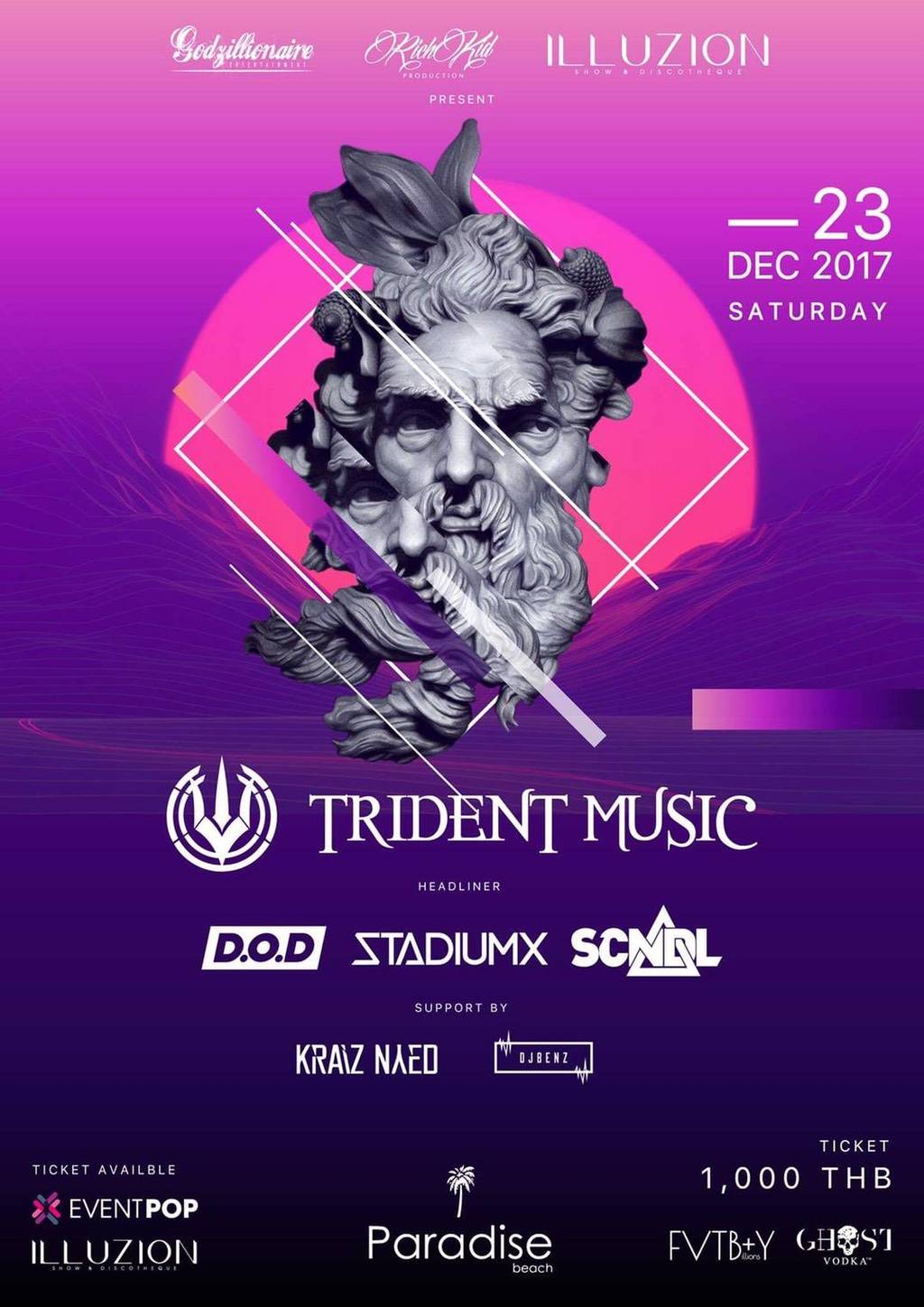 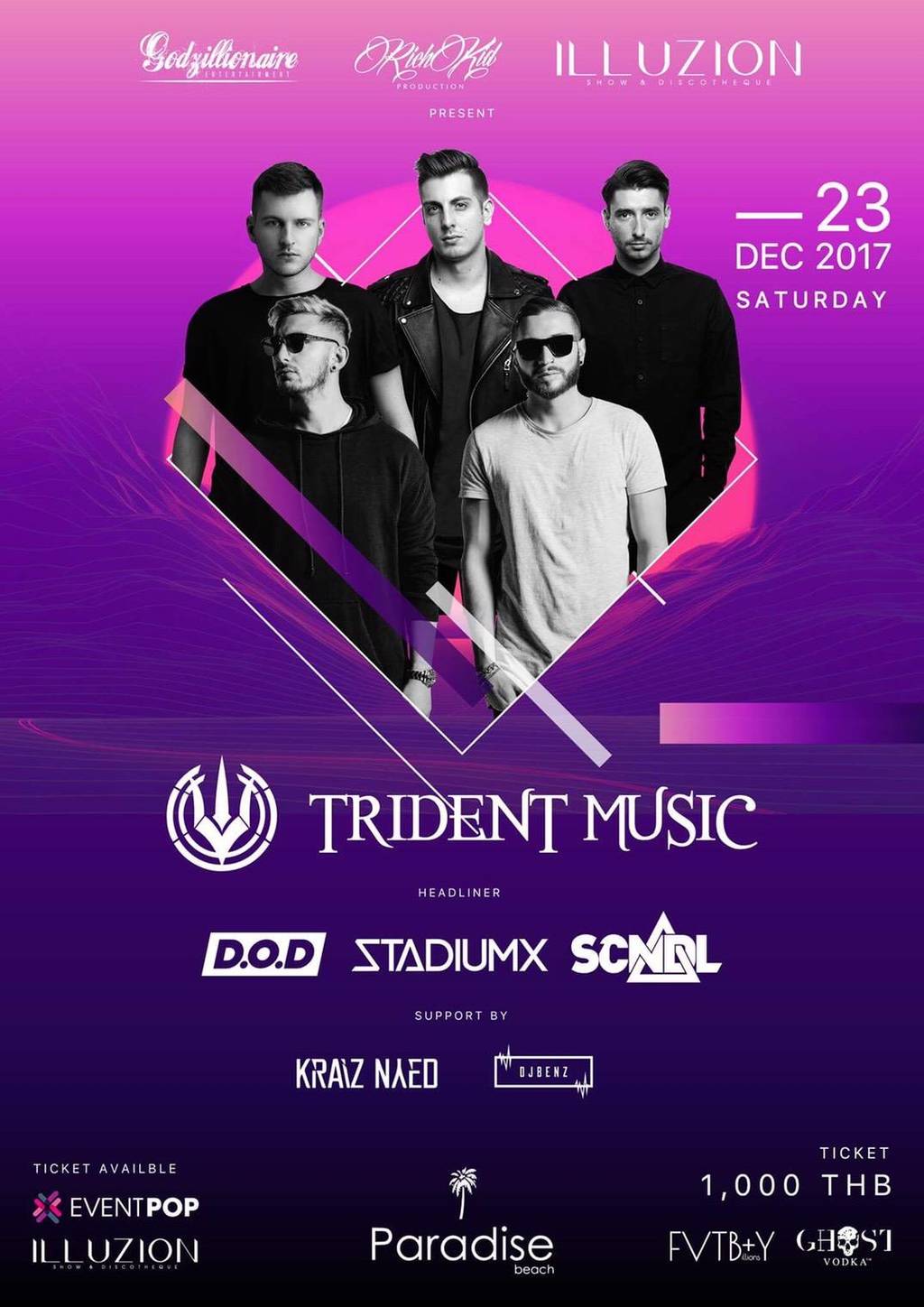 GET READY TO FEEL THE SOUND WAVE OF POSEIDON !
The God of The Sea & his Trident strikes the world with sound wave, CREATING A PHENOMENAL MUSIC FESTIVAL
- Join us to be one of the Trident Legions —
D.O.D was kicking off the year with Axtone and Tomorrowland 2017.
STADIUMX was #1 position on the Beatport chart and his song became a platinum record by handing the best sold track “Howl At The Moon”.
SCNDL has been blowing minds with their high energy bouncy sets over 15 years !
Supporting Legions:
Kraiz Nyde
Dj Benz