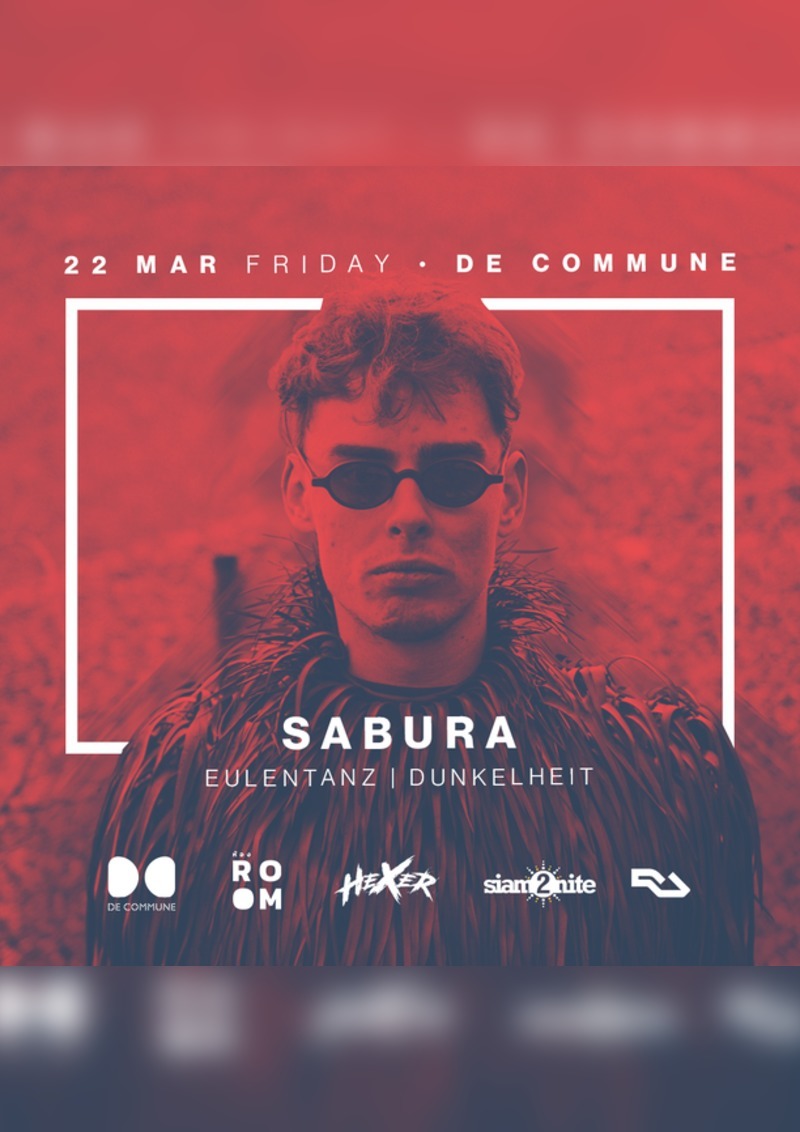 Hexer pres. Sabura
Follow
0
Thailand's very own techno producer & DJ, Hexer calls Germany's rising name Sabura to decks for all night long real Techno experience at De Commune.
Free Entry Before: 23:00
200 THB After
Line Up:
Sabura
Hexer
DJs:
Sabura (Progressive Astronaut | Eulentanz | Dunkelheit)
His sound is a unique driving, impulsive and dark experience, that conduct the people into an euphoric state of mind. He is not only a Resident DJ at Waagenbau, Hamburg, he also shared his music around Europe and Asia. Also he released diverse club oriented tracks on labels such as Dunkelheit, Sweet Musique, Progressiv Astronaut and was remixed by big names like Teenage Mutants, BoyNextDoor, BAAL and Yubik.
Few Years into the scene, he started to create his own events with an overall thoughtful concept. Sabura’s authentic and full energetic rave style, represents his subcultural background. Not only the upcycled costume is worth to make a visit to his singular originated playgrounds. In the booth his skills do the talking, that also brought him to share the stage with names like Oliver Huntemann, Victor Ruiz, Pleasurekraft, Einmusika, Jay Lumen,M.A.N.D.Y, Lee Van Dowski, André Winter & many more.
---
Hexer (Elektrotribe | Bach Music | Say What?)
Growing-up on metal and Punk roots, Hexer was first exposed to electronic music in the mid 2000’s. Inspired by acid-infused 90's techno, he started his DJ career in Turkey’s vibrant basement club scene.
His first big DJ gig was back in 2008, in Istanbul’s infamous Temple club. Since then Hexer has performed more than 500 gigs in Istanbul, Prague, Bangkok, Penang, Hong Kong and many other cities & countries. Hexer relocated to Bangkok in 2016 and swiftly became established in its rapidly growing underground scene, becoming a familiar face amongst its highly talented local & international artists.
He has been active producer for the last 2 years and had some successful releases on 2018 such as 'The Rave Method' and 'Between Spaces'. Following 2018, Hexer started 2019 with 4 new releases on well-known labels in the industry. Which are already made into various top releases charts of Beatport.
Although he describes his style as “Eclectic like nature,” he feels the most comfortable expressing himself and his skills through Techno. He aims to have more releases in the near future, while at the same time practicing daily to improve his overall sound. 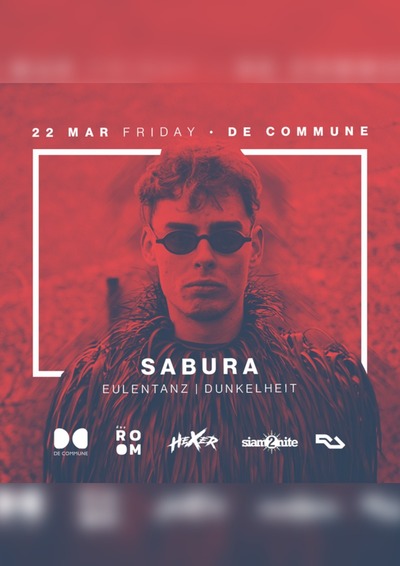