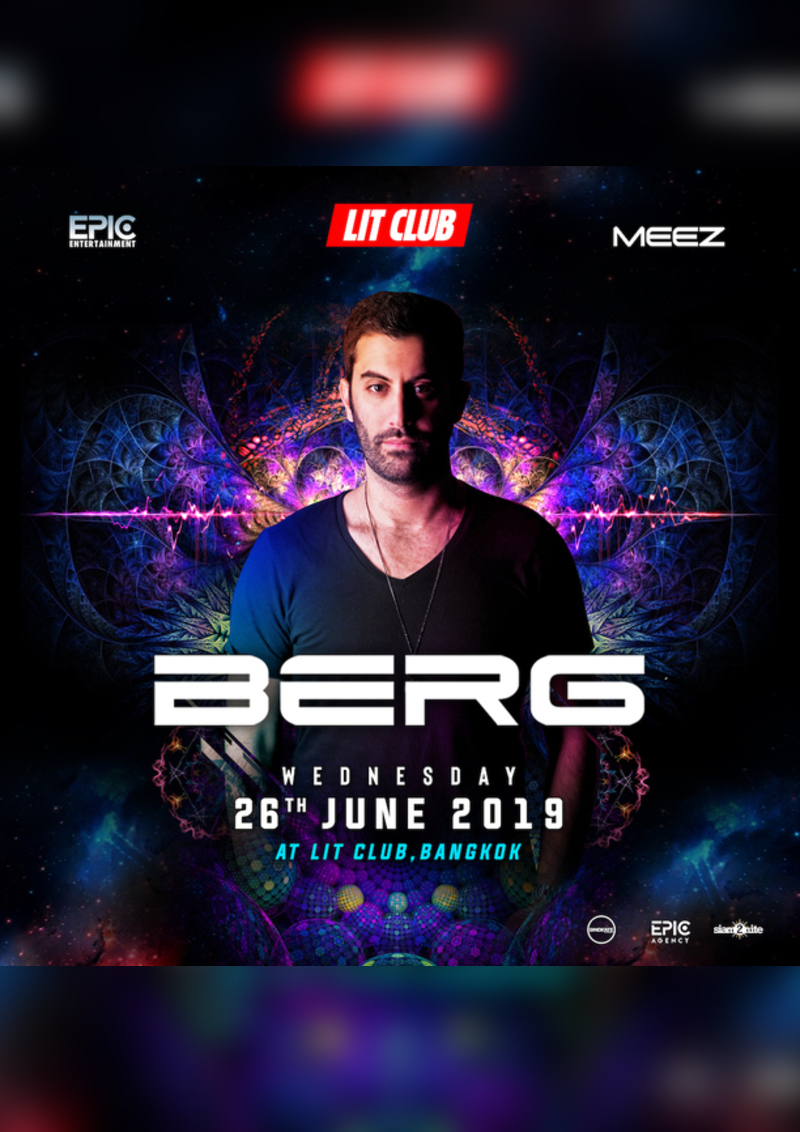 One of the world’s leading Psy Trance artists BERG a.k.a Shlomi Berg is returning to Bangkok after a massive performance as one of the headliners of last year’s Fullmoon Festival 2018.
With more than a million followers and performances at the most acclaimed and massive dance parties and festivals in the world, he is going to perform for the first time in a Club show in Thailand.
Catch him live at LIT Club on Wednesday 26th June 2019!
[IN PARTNERSHIP WITH]
▸ LIT Club
▸ EPIC Agency
▸ Syndicate
▸ Siam2nite
▸ Eventpop 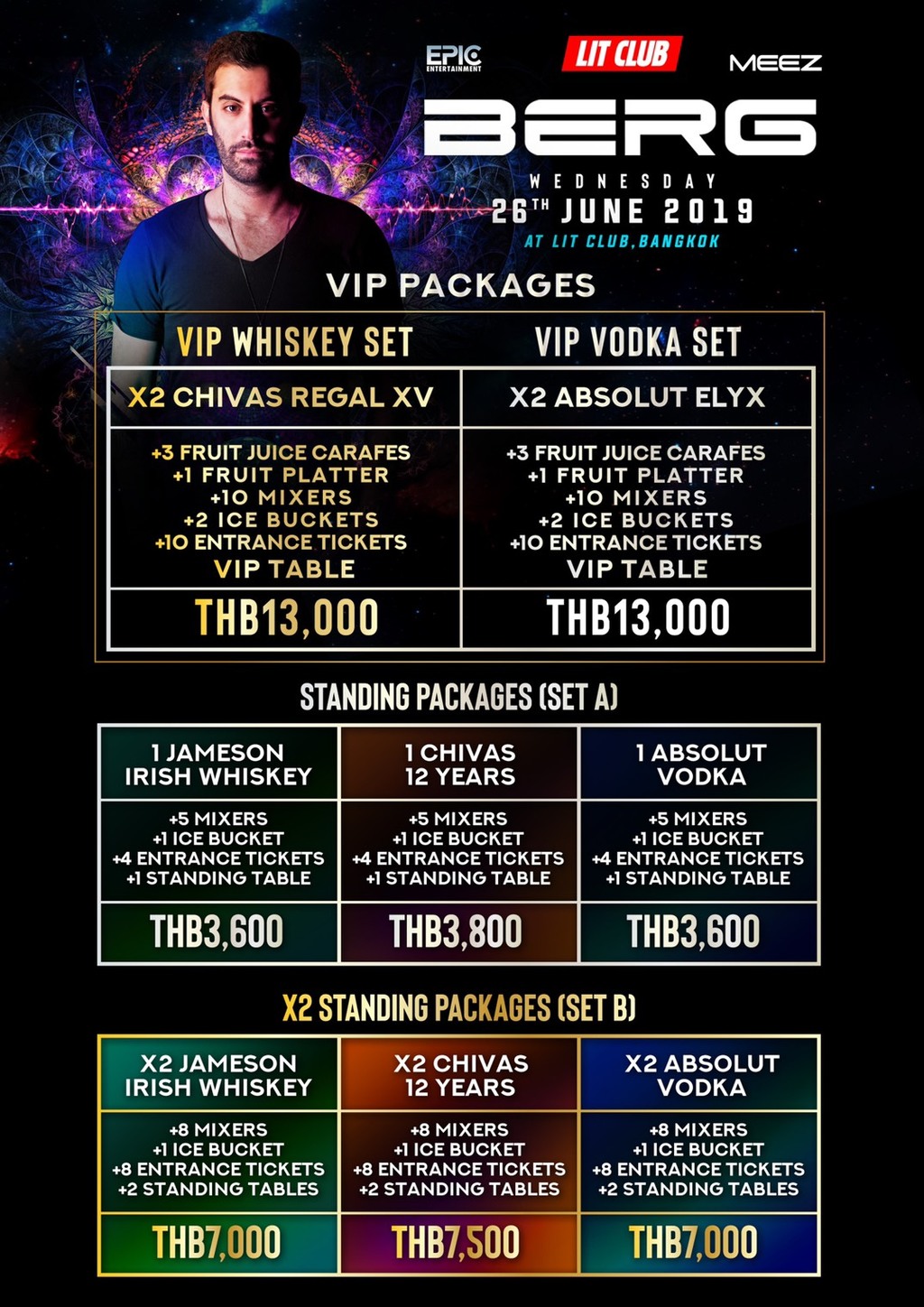