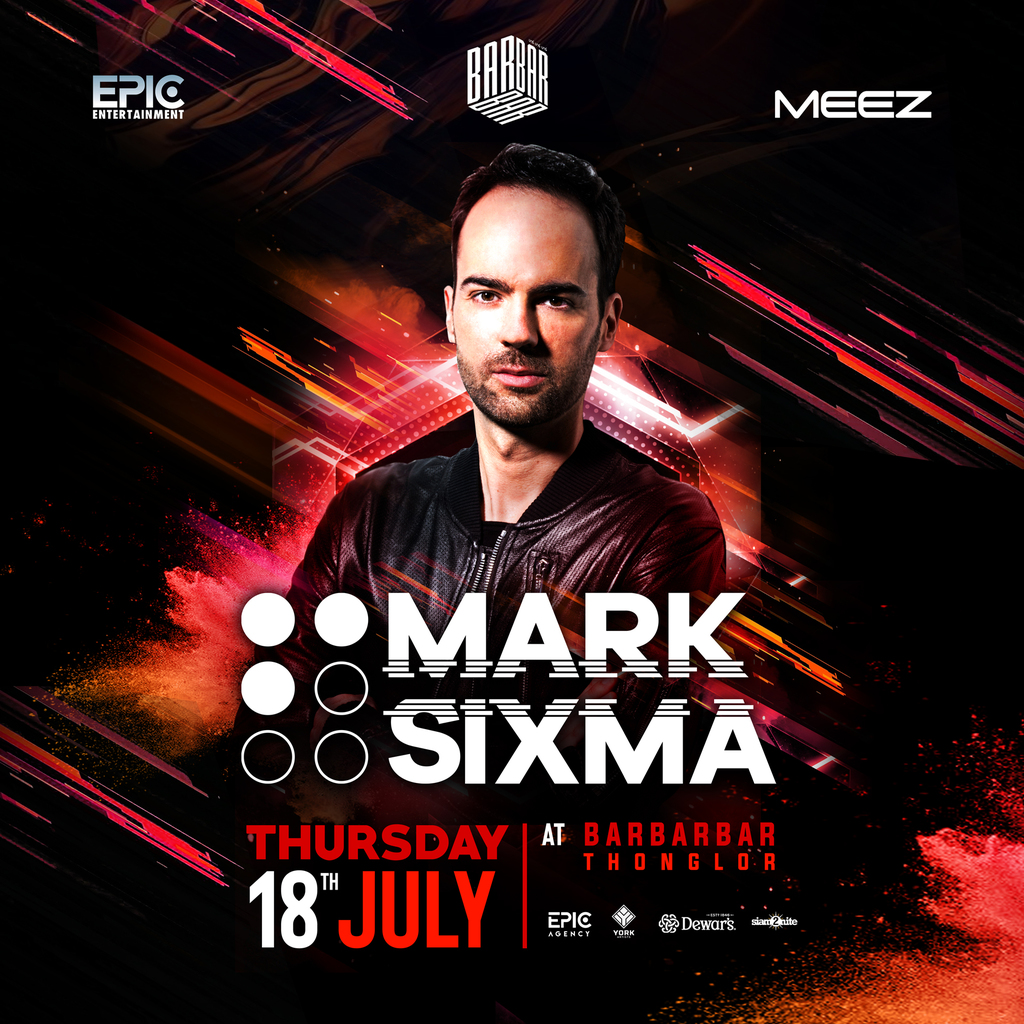 With multiple top releases on major music labels such as Armada, Spinnin' & Revealed and #1 positions on Beatport's Trance charts - Mark Sixma has gained support from the majority of top DJs in the world including his collaborations with artists such as Armin van Buuren, W&W and Andrew Rayel just to name a few.

The long-time producer turned DJ played some of the biggest venues worldwide, not to mention his electrifying performances at the world’s largest dance music festivals, such as Creamfields, TomorrowWorld, Dreamstate, A State Of Trance and Ultra Music Festival.

Catch him live at Bangkok's most talked about Club: BARBARBAR on Thonglor Soi 10 on Thursday 18th July 2019!

This event requires attendees to be at least 20 years old.