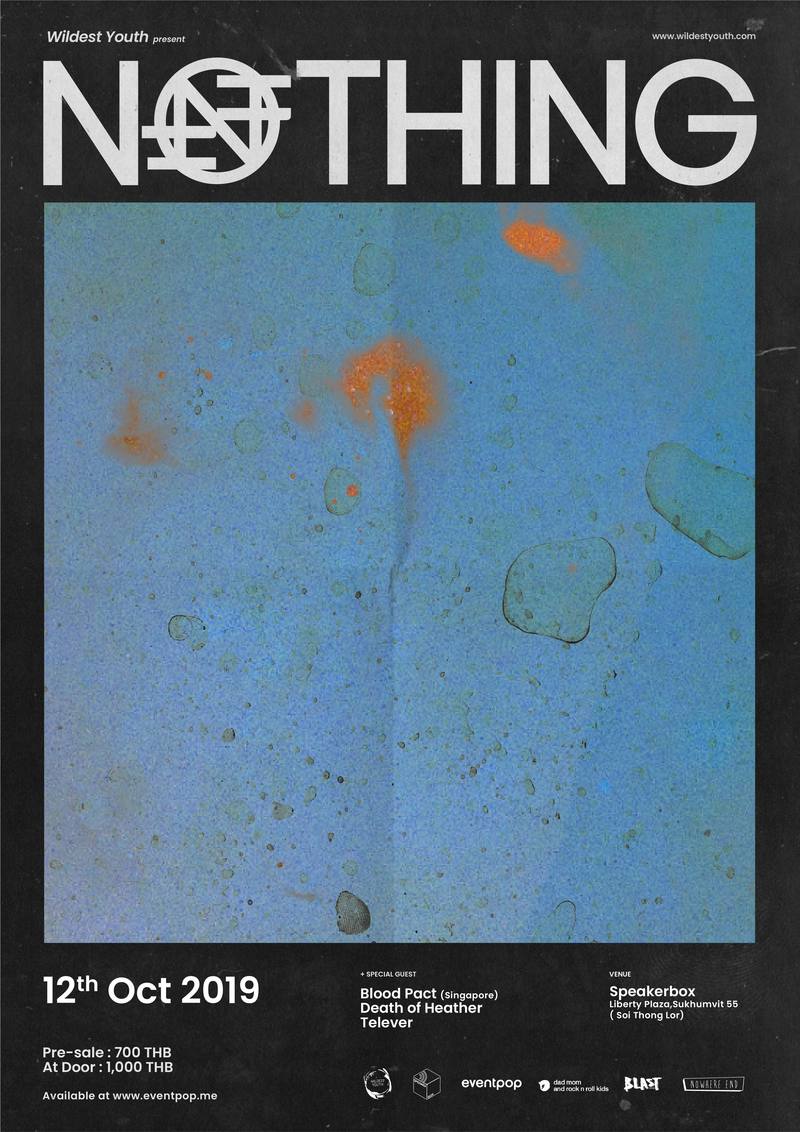 The Shoegazer-quatart from Philadelphia, PA are one of the leaders who starting the shoegaze revival movement. Nothing is the band that arguably brought that sound to the kids outside of Brooklyn and Silver Lake. With the sound that blending between heaviness and aggression from hardcore/punk & grunge and shimmering shoegaze beauty + agelic vocal and thoughtful lyrics,  along with instant comparisons to Slowdive, Ride, Smashing Pumpkins or even Oasis. Nothing is now on the top of their game with ‘Dance on the Blacktop’ their greatest work to date which they currently on tour so hard to support it.

RSVP : NOTHING Live in Bangkok

The story of NOTHING began in 2010 with a simple demo tape in a Philadelphia apartment. The project, which started as a therapeutic outlet solely for Palermo, snowballed into a polished machine with a chance meeting with guitarist/singer Brandon Setta and the eventual addition of Kyle Kimball on drums. Sharing a musical bond, the trio weaved melancholic tales of imprisonment, broken bonds and lost youth as the centerpiece for their 2014 debut, Guilty Of Everything. The world post Guilty served as the focus for the entirety of 2016’s Tired Of Tomorrow – painting a Schopenhauerian tragedy in vivid color and sound.

Dance on the Blacktop is the next chapter of NOTHING’s story and like its predecessors, pulls from all corners of life in its contents. Stories of self loathing, self destruction, and a general disdain for humanity and its, “insignificant” role in Palermo’s vision of the universe are met with his poised amusement and tranquil hysteria being one himself. All of this told through the eyes of a recently diagnosed Palermo suggesting he is dealing with the early stages of CTE (Chronic Traumatic Encephalopathy), a neurodegenerative disease found in people with serious head injuries. And as they packed themselves in a coffin-sized NYC apartment for 23 days to demo songs it became abundantly clear that the ripple effect left upon his psyche from dealing with these newfound symptoms would leave its mark on the material.

Throughout the course of their history, NOTHING have brought their signature heavy live performance on the road with a diverse cast of acts like Dinosaur Jr, Jane’s Addiction, Failure, Hum, Power Trip, Baroness, Torche, DIIV, Merchandise, Car Seat Headrest, Thursday and AFI. They’ve appeared at the world-renowned Governor’s Ball, Lollapalooza, Primavera, Made In America, Levitation, Osheaga and Sasquatch, becoming a staple of the festival set, all while garnering widespread critical acclaim from the likes of Rolling Stone, Pitchfork, NPR, NME and more. 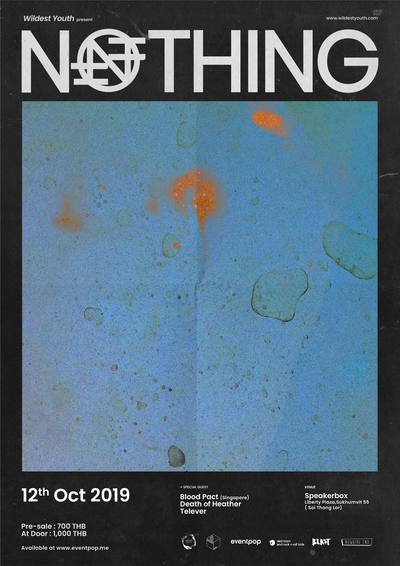