O X A will rise to us on WEDNESDAY 15 JANUARY 2020 with our special edition,

Rob Hes’s sound can be described as raw, energetic but
melodic and musical at the same time. He is one of those artists where you immediately recognize his work as being his, without him repeating a few signature tricks over and over again.
After establishing his label Pursuit in 2018 Rob has added an extra gear and not only released his first EP on Pursuit with a remix from
Reinier Zonneveld. But also followed up with releases from Sama, Teenage Mutants, Ron Costa, Ramon Tapia and Drunken Kong on Pursuit. This hasn’t stopped Rob on releasing is own music on Oliver Huntemann's Senso and Pleasurekraft’s Kraftek label and tour extensively through the world. Rob has locked down his style, which is reflected in the sound of his label Pursuit. With upcoming releases on Joris Voorn’s Green and his own imprint Pursuit 2019 Rob has laid the foundation to take over the game in 2020.

DJ List is a popular Russian DJ and an electronic musician. He is well known for his DJ sets special for their rich electronic sound which leave exquisite and charismatic aftertaste. DJ List is perhaps the most demanded person on Russian club scene. He is permanent resident of the most fashionable Moscow clubs.
He started to perform back in 1990-s. In 1993 he was one of the founders of Russian DJ culture. Using Vaishnava mantras and prayers in his sets, DJ List starts to stand out from other DJs and becomes very popular among connoisseurs of quality electronic music.
At the end of 2016 he decides to create his own label called “LISTOPAD” which produces interesting analog electronic sound compositions with the use of religious chants and mantras. “It’s well known that such music is timeless, it never loses its relevance and becomes more and more popular among people with absolutely different musical taste”.
The 4th release of “Rasa Lila EP” in LISTOPAD catalogue has already become “EP? of the week” on iTunes Store and received positive feedback.
“Rasa Lila EP” combined 4 compositions both in dancing and in ambient chillout style. As one of the listeners wrote in his review –“you can listen to them forever…”. Enchanting vocal of famous mantras singers and analog electronic sound bring peaceful space for thinking… thinking about how wonderful this world is and how music can teleport us to the places we enjoyed, the places where we were open and where our heart loved… His music calls to feel love, unconditional love. “Rasa Lila” means “dancing as the most sublime and holy manifestation of the Divine .

Originally from Washington DC and now traveling the world, Suiss is a young and energetic DJ and Producer with a focus on Melodic Techno & House music. Despite his young age, he is not lacking in experience. His high-energy show has been seen by thousands of people in top clubs and venues throughout the world such as: Cat & Dog, Halfmoon Festival, Hangar 11, Clara Tel Aviv, Alcatraz Milano, Dreambeats Festival , LSE London, The Qube in Victoria Lost Paradise Koh Phangan, Lighthouse Phangan, and many more. Suiss continues to release chart topping tracks with high energy vocals, hitting views of up to 4 million on his productions.
Recently Suiss was a guest on TEDXIDC, a world-renowned show, to talk about his personal life and DJ Career.
Suiss always aims for a unique sound in his production and a unique show in the DJ booth. His tracks have his talent and passion sewn into them, and his performance as a DJ is dynamic and entertaining to the point that you can feel that you are in the presence of a star.
Suiss provides music you can feel and not just hear. 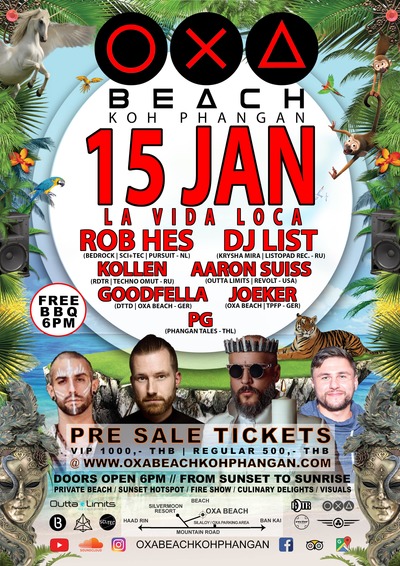